At publication time this was the Highest Rated Channel Strip Under $500.

The feature packed DBX 286s is probably the best value channel strip under $500 considering the combination of features and low price, and has been amazingly well received by owners who's most common positive comment is about how easy it is to use to improve your vocal recording quality.

Although many musicians and home studios happily use the DBX 286s, it is also extremely popular with podcasters and voice over artists as well.

It's well liked by people using both dynamic and condenser mics. We couldn't find any consistent negatives reported by people who own it. Many reviewers state the unit to be amazing on vocals and for broadcasts.

It has also consistently been the most popular channel strip with Gearank readers since we first published this guide back in January 2016.

A community favorite with not much competition, the DBX 286s is the perfect augmentation to your recording or broadcast rig.

The following video provides a good overview of the DBX 286s:

One handy feature for those who are new to channel strips is that the manual contains a range of suggested settings for different applications - this came up positively in many reviews.

The preamp, EQ, and compressor have all been very well received by reviewers - only a few report replacing the standard tube it comes with to improve the sound. The vast majority say it provides an improved warmer sound over the built-in preamps of their audio interfaces.

Most of the people who reviewed the PreSonus Studio Channel were using it for music production in home studios, although a few were also using it live - particularly bass players. Reviews state the channel strip adds a vintage vibe to some of their tracks when pushed. Tracks run through the unit are noted to be "harmonically enriched" by the preamp.

A few complained about the placement of the XLR ins being at the back. This is usually the case for studio equipment vs home recording/prosumer gear where you have the inputs in front for ease of access. Not the best choice for absolute transparent sound due to the use of a vacuum tube.

If you're looking for character and harmonics in a rack mount channel strip, the PreSonus Studio Channel may be just what you need for that big studio vibe.

The TA-1VP is more than just a channel strip: It is a digital modelling platform that emulates high-end consoles, channel strips and mics.

Users were happy with the versatility of the unit, stating the numerous effects complement the track being recorded.

Autotune was not what some were expecting. Instead of a stylistic autotune implementation like what artists like T-Pain use, it is more of a performance based subtle pitch correction effect.

The Tascam TA-1VP is meant for those looking for a preamp with DAW-like channel strip functionality with multiple inserts available including pitch correction. That being said, the autotune function is not what you may expect so if you're looking for that signature T-Pain sound, look elsewhere.

Here's some more information on the TASCAM TA-1VP:

What is a Channel Strip?

They are basically a single or double channel of a mixing console providing signal processing functions. These may include things such as a preamp, compressor, limiter, equalizer, exciter, de-esser, and even auto tuning. Various channel strips provide different combinations of signal processing.

Based on all the reviews and discussions we analyzed, the DBX 286s is the clear standout option for podcasters and voice-over artists.

For musicians, all of the options above are good.

If you're looking to upgrade your 12AX7 tubes then the most popular replacements were from JJ Electronics on Amazon.com.

For this 2020 update we looked at all the rackmount and 500 series channel strips selling for less than $500 at major online American retailers and ended up with 5 options on our short-list. We then collected ratings and reviews from forum posts, magazine articles, videos and retailers which incorporated over 900 sources. We processed those data with the Gearank Algorithm to produce the scores out of 100 for each channel strip, and used them in our reports above. Note that the 500 series modules didn't have sufficient ratings sources for us to publish Gearank scores for them. The Gearank scores were used to select the highest rated options to recommend above. For more information about out methods see How Gearank Works.

As a result of our June 2020 update, the following has come off the recommended list above, but you can still view our analysis of it:

Why there is no stereo units?

I've just completed a review of the category and there were no eligible 2 channel options available under $500 to include in this guide.

Hello and sorry for maybe silly question but i am kinda a newbie in this field. I recently wanted to build a small home studio and wanted to ask if any of the above are good tools for mastering. All of the strip channels showed are "mono", this means that I need a pair if I want to master a whole song, one for each channel? Or i can simply bounce all the tracks in a single track and then master/eq on the strip? Thank you in advance for your support!!!

Once you mix the stereo tracks into mono you can't separate them back to stereo. It sounds like you haven't had the chance to do much mastering yet so I suggest you look at some guides on the topic - here's one to start with. 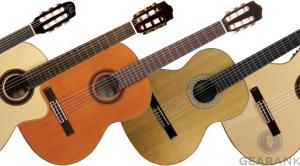 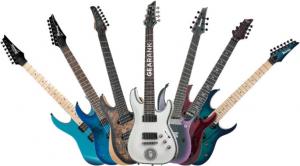 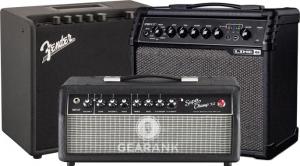