Simmons is a popular electronic drumming brand that is sold by Guitar Center and their related retailers including Musician's Friend, Music & Arts and Woodwind & Brasswind.

They designed the DA25 to suit beginners and is primarily intended for personal use and practice, rather than as an amp to use on stage.

Like many good drum amps, it has large rubber volume and EQ knobs designed to be adjusted using drum sticks.

There is almost universal agreement among owners that this is a great sounding little amp that's very well suited to practicing. A few say that it's loud enough to practice with bandmates - but that depends on how loud your band is.

Although it gets great marks for sound quality, you may want to save up and spend a little extra on a bigger amp if you plan to play gigs using your drum amp.

If you only need a practice amp and don't need a lot of volume then the Simmons DA25 is a great sounding choice.

At time of publication the KAT Percussion KA1 was the highest rated drum amplifier.

The KA1 showcases responsive and clean amplification for monitoring electronic drums in a small environments such as rehearsal rooms and home studios.

It features a large carry handle for easy transportation, three band EQ for mixing, and other inputs for plugging other sound sources or instruments.

Users were satisfied with its overall sturdy construction. They found it to be loud with enough power even at a low volume. One user also mentioned that it provided a great separation and response of kick drum and cymbals whenever they play their electronic drum kit.

One user mentioned its highs sounded a bit thin. They end up adjusting the EQ settings and eventually made a bit of a difference.

At an affordable price, this drum is ideal to use for practicing at home or small gigs.

This is Chinese made and packs in quite a good set of features given it's comparatively low price for a 100 watt amp.

It comes with Bluetooth connectivity which allows you to play music from your phone, or any other bluetooth enabled music playing device, to play along with when practicing.

This amp has been well received by owners with its bluetooth capability featuring prominently in reviews. It's considered a good amp for both solo practice and loud enough for jamming with bands.

Most reviews and comments about his amp come from beginners and/or their parents so we really can't say how well it performs in a professional context - it you need a road-worthy amp then we'd suggest going with one of the more established brands on this list.

This amp offers good value as an amp to practice or jam with, but probably not the best option for professional use.

The Roland PM-100 is a drum monitor built to match Roland's V-Drums but works with any electronic drum kit.

It showcases a full-range speaker system and rugged cabinet for clean full-range reproduction of electronic drums.

In terms of design and build, its angled construction provides direct sound coverage for the seated player while its bar handle is made for carrying around and easy floor adjustment.

It started gaining a lot of positive reviews immediately upon its release, and that's a trend that has continued over time, particularly in relation to sound quality. Reviewers mentioned it's loud enough, provides great response and authentic reproduction of their drum kit. The construction overall is high grade and durable as expected from Roland.

Some say this isn't loud enough for gigging - if you play in a loud band then this probably won't be loud enough for you. There are a few reports of the the tweeters failing with a year - something to consider if you like to drive your amp hard.

This a great drum monitor to use for live performances.

Roland released the PM-200 drum monitor amplifier built to match their V-Drums electronic drum kits but it can be used with any brand of electronic drums.

Its two XLR direct outputs are made for routing and sending sounds to a mixer, interface or recording device, which makes it flexible to use for studio applications and monitoring on stage.

It also has dedicated independent controls for volume, line input, and EQ. Similar to the PM-100, its constructed in a way that's directly angled to the seated player and has bar handle for floor adjustments and to easily carry it around.

Since it powers on at 180W, It can produce good amounts of volume that's loud enough to use for live gigs in bigger venues. In addition to that, the XLR inputs are also useful for both live monitor or recording purposes. Demonstrations from users, who have uploaded videos on Youtube of them testing it out, show how responsive and clearly it reproduces drum sounds.

Most user reviews are quite positive. The quality and clarity of the sound have received positive reviews with reports of it having clarity is right across the frequency spectrum. Most people who talk about its low frequency response say it's surprisingly good for a 12" woofer.

A small number of owners say that the 12" woofer isn't quite big enough to produce as much bottom-end as they would like. This probably depends on the style of music played and how much it relies on big thumping sounds.

This is a good and loud option for gigging as well as rehearsing.

Things To Consider When Buying An Amplifier For Electronic Drums

For this 2019 revision we began by looking at all of the drum amps listed by music gear retailers in the USA. We short-listed the 13 most promising options for detailed analysis. We analyzed customer and expert reviews as well as forum discussions to learn what the pros and cons were for each amp and we also fed the collected data into the Gearank Algorythm to produce rating scores out of 100 in order to select the highest rated amps to recommend above. We looked at over 300 sources during this process. For more information about our methods see How Gearank Works.

Thank you for the review! This was very in depth and enlightening. The "Things to consider..." section was very valuable. Thanks again!!!

No problem. Thank you for the feedback.

I agree the Simmons DA200S is by far the best amp choice. I solved the weight problem by adding set of swiveling castors to the bottom using bolts into T nuts. Works great.

I bought the Simmons DA200s, because of all the positive comments I read, but never actually heard it. It is a solid and great sounding amp, but tried to use it to practice with my band, and it just wasn't loud enough to keep up. Great amp to use by yourself or use it as a monitor in a band situation.

I am a Drum student and have Yamaha 450 digital drums, my children plays digital piano and have Yamaha Digital piano they are also into Vocals. Could you please recommend a Monitor to use for home usage to connect all these requirements, would the idea of all purpose will help and do you have any recommendations. Thanks in Advance.

If only one of you will use the amp at a time, then a basic Keyboard Amp like the Peavey KB 1 would be a cost effective solution.

If you all want to play through it at the same time, then a multi channel amp like the Behringer K450FX will let you do that but both the electronic drums and digital piano will only be able to provide a mono signal.

If you all want to play at the same time and in stereo, then a small PA system like the Behringer PPA500BT will do the job.

I use a pair of Mackie Thump 15" speakers and am still looking at adding a 15" subwoofer. Plus you don't use a monitor with Edrums you use reasonable headphones, not great ones as they may be too bassey. Playing live requires quality and quantity of sound if you want to replace the sound of an acoustic kit.

I have a alesis crimson 2 electronic drum kit. Will the Rolland pm 200 reproduce a good solid rock sound.?

I have checked the latest reviews and although I didn't see anyone who said they used this amp with the Alexis Crimson, most people only had good things to say about the amp including several who said the Roland PM-200 is better than amps they've used from other brands, so I would think it would be a good option for rock sounds.

Funny how you picture a Simmons DA200S in your front page intro and then don't include it in the list of top amps.

Thanks for pointing that out.

The image was only meant to illustrate the theme of the guide rather than the content, but I see your point so I've updated the image.

This is the worst list I've ever seen. No mention about Simmons DA350, it smokes all of them. Although it's nothing to "write home to mom about". Drum amps are the most disappointing pieces of equipment in technology. In comparison to headphones the sounds through an amp sound laid-back in a background (very flat and muffled. The sound needs to be brought more forward. Sounds like wet ass-slap. Snares do not sound good at all. Very disappointing to say the least. That's the reality of "drum amps".

You can see our rating for the Simmons DA350 here.

Unfortunately it's no longer available so we don't include it in any of our recommended lists.

Is it recommended to use cross Brands for electronic drums and amplifiers? Say like the Roland TD-17KVX set with maybe a KAT 2 amplifier?

That's perfectly fine - you don't need to use the same brand of amplifier and drum kit.

First of all, thanks for all the info - really interesting!

I have come accross the Roland CM-220, with a pair of satelite speakers.

Do you know this one? Do you have any opinions on it, please?

I want to use for small gigs with friends and the speakers do appeal to me since I can have more than one source of sound out of the speakers, in a way I can possibly direct them to me if needed.

Thank you so much!

Roland discontinued the CM-220 Cube Monitor System a few years back so we haven't analyzed them for Gearank.

You can still get information about them from the Roland website.

What is going on with the kat 400 hd 2.1 percussion sound system i can't hardly find one to purchase and if I do find one is it a good choice for electronic drums,maybe it is not being made any more,would like to know the history,who makes it and where , I need help in making a decision on what to do please educate me

I'm looking to replace my Alesis Transactive Drummer with the Roland PM-200. The Alesis has the headphone jack input while the Roland does not. The headphone sound is great when plugged directly into the Alesis as opposed to the Roland TD-17 Module. How can I get that great sound via headphones directly from the PM-200

Many drum amps, including the PM-200, don't have a headphone out presumably because electronic drum modules do.

If you really wanted to, you could use the DI outs (XLR connectors), put them into a mixer, and take the headphone out from the mixer.

As a result of our October 2019 update the following amps came off our recommended list above: 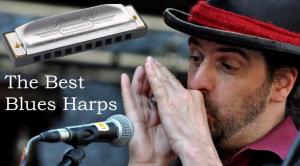 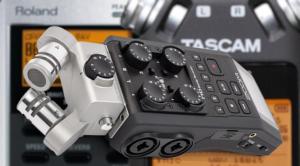