Teenage Engineering may not be a household name similar to the likes of Roland but with a growing list of big name artists using their products, this Swedish electronics company is soon to be on everyone's radar. The Teenage Engineering Pocket Operator PO-32 sports a minimal, almost utilitarian and unfinished look; but don't let that fool you. The PO-32 is a compact yet fully featured drum sequencer sporting a powerful 16 step sequencer with various effects as well as 16 preset sounds all crammed into a drum machine no larger than your average business card or pocket calculator. With the ability to sync with other Teenage Engineering products, The PO-32 might just be the start of a new musical addiction.

Aside from its small form factor and features, the PO-32 punches above its weight class for the price point. Many users praise it's intuitive controls and depth of the editing capabilities from such a small device. A few people admire the LCD graphics done by the designer's young daughter. Based on the reviews it appeals to people who like to take note of the little artistic details that go into the product. The PO-32 is evidently a labor of love made by Teenage Engineering and literally hides nothing from that fact.

With how the PO-32 is constructed, general feedback from the user base show concerns of the long term durability of the product. A protective case is available for purchase though in my opinion shouldn't be a separate accessory. Users in forums consistently note the workflow and usage of the PO-32 isn't as inherently obvious and requires some reading of the manual to be able to maximize use of its feature set. The learning curve definitely isn't steep but takes a little getting used to.

With a low barrier to entry with regards to the price, The PO-32 is a fun creative tool for the casual musician while still being able to provide depth for more experienced tinkerers. Long term durability concerns aside, hearing sound samples and music written with it shows that the PO-32 is a great sounding little device.

The Elektron Digitakt is a standalone sample based drum sequencer. With the analog user in mind, Elektron have developed a product that is more than just a watered down version of their flagship Octatrack. Its form factor is influenced by Scandinavian industrial design that blends a durable, monolithic form with depth of utility. An array of input and output options makes the Digitakt capable of being the centerpiece of your live or studio rig. Other features enable the user to layer up to 8 stereo audio sequences and a maximum of 128 patterns.

Right out of the box, people generally praise the Digitakt's build quality, with several reviews citing it being "built like a tank". Users also note that the learning curve compared to other Elektron products is a bit more forgiving given the specific functionality of the Digitakt as a Sampling Drum Machine

While the learning curve is said to be among the simplest in Elektron's product line, it is still generally steep. Some reviewers appear to have taken a longer time learning their workflow. Other users note that 8 audio tracks and only a stereo pair output when using the unit alone feels limiting and would have loved to have more. Additional outputs are currently only available via a connection to a computer and DAW with the Overbridge software.

Once you get around the learning curve and master your workflow, the Digitakt becomes an intuitive music creation tool. Its build quality and sturdiness make it roadworthy.

The Roland drum machine legacy was not off to a good start with the commercial failure of the TR-808 in 1980. Only 12,000 of the original TR-808 unit were shipped. Eventually, producers everywhere picked up the little machine for cheap and it started a revolution. There are more hit records done on a TR-808 than any other drum machine like Whitney Houston's "I Wanna Dance With Somebody (Who Loves Me)" and Marvin Gaye's "Sexual Healing" among others. While the TR-808 has been long discontinued, Roland's latest incarnation of these legacy machines comes in the form of the TR-8S. Not to be confused with its predecessor the TR-8, the Roland TR-8S is more than just an upgrade. It sports a large library of classic and modern drum sounds as well as having the ability to load up your own samples. All this in a streamlined mix of old and new school.

Many of the reviewers note that the user friendly interface enables them to spend less time trying to learn the machine and more time enjoying the creative process. The ease of use is at no cost to depth as the reviews for the TR-8S show it to be as simple or as complicated as they choose. Users who are accustomed to both analog and digital workflows rank the TR-8S with consistently high marks.

While already feature-rich, one user notes that it still isn’t quite up to par with the sounds of a vintage 808 or 909. Another user wants to have the ability to record their own samples with the device as opposed to only being able to load them. Another gripe is that the TR-8S does not have a song mode.

With vintage TR-808 and TR-909 units reaching the $4000 mark, the TR-8S is not only a great alternative, it one-ups the originals in terms of flexibility and functionality. Earning near-universal praise from users makes the TR-8S one of our top picks for those who want a taste of vintage without breaking the bank.

The Elektron Analog Rytm MKII is an 8-voice analog drum machine with the capability of blending digital samples to augment your beat creation. It hosts a suite of effects that can be applied to each individual drum voice. If you are a fan of complexity and customization from analog sounds, the Elektron Analog RYTM MKII may be the drum machine for you. Want to distort your kick? No problem. Looking to get samples to play with? You can do that. The MKII brings in sampling and resampling capabilities and sample blending with analog sounds. The ability to choose between step-mode or real time drum programming makes it a flexible and powerful beatmaking and sound design tool.

Compared to the Analog Rytm MKI, users are happier with the larger pads and resampling capability on the MKII as it enables better live performances and sound design respectively. Expert reviews state that the workflow and hardware has improved over the MKI while still retaining its excellent sound shaping tools.

As a high-end drum machine, it certainly is pricey. Main concerns from some users were firmware issues. It shares a steep learning curve which is common with Elektron products given their depth.

The Analog Rytm MKII may be the only drum machine you will ever need with the depth of its customization and editing parameters. Buzz in online forums say that if there was such a thing as a "desert island" drum machine, The Analog Rytm MKII by Elektron would be it. Whether you're a beatmaker that wants to put out club hits or a sound designer looking to make most of the Rytm MKII's resampling capability, this versatile instrument has got all bases covered.

It's been a few years since the Dave Smith Tempest was released in 2011. This premium drum machine is a full featured analog synthesizer / sequencer that's especially built to make beats. It combines quality analog synthesis with modern digital sound processing and sampling for a broad spectrum of sound possibilities. This melding of analog and digital is the result of Dave Smith's collaboration with Roger Linn, who is credited with making the first drum machine that utilized digital samples. With its 16 velocity and pressure sensitive pads, 6 analog voices, multiple analog/digital oscillators, various filters, built-in effects and its massive bank of samples - there are so many sounds, beats and music that can be made.

Even after several new drum machines have entered the market over the years, the Dave Smith Tempest is still regarded by many experienced users and professionals as one of the most unique sounding beat making machines. It has withstood the test of time and although development for the firmware halted in 2017 due to hardware limitations, it still remains in production today with most, if not all of its bugs sorted out. Consumer and professional reviews are still pouring in almost a decade after its release stating it to be a new modern classic. Paul Nagle in his Sound on Sound review said, "As a live, organic sequencer for electronic percussion and synthesis, there's nothing else quite like it."

On our original analysis of the Tempest, we stated that there were no notable concerns. That still holds true as of this writing. Some users noted that the kick sounds felt weak, but it appears that it is more of a preferential caveat rather than a universal flaw. Given its status and pedigree, the price of admission is still high; which may be a concern for people who are more budget-conscious. The aforementioned lack of any future updates to the firmware may be something to consider before investing.

It's not the most affordable piece of hardware but over the years it has proven its staying power and has aged gracefully. The Dave Smith Tempest is slowly being regarded as the "808 of our generation" and rightfully so. With its unique sound augmenting capabilities, it has earned its place in professional recording studios, performers and the hearts of musicians and beatmakers as a modern classic. We speculate that it will become a collector's item in the future so if you're looking for a timeless drum machine, consider the Tempest.

Things to Consider When Buying a Drum Machine

For this March 2019 update, we looked at all the drum machines that are widely available from major music equipment dealers to ensure that they are in stock and available. In order to be selected, the products MUST be standalone units. This does not include devices that were designed to be primarily used with a computer, a DAW and virtual instruments. From our initial list of 15 products, we gathered over 2800 data sources. These sources were then processed by the Gearank Algorithm to produce scores out of 100 for each drum machine. This process enables us to choose top rated equipment based on in-depth user reviews, forum discussions and expert opinions. For more information about this process please read How Gearank Works.

As a result of our March 2019 update the following drum machines came off our recommended list above, but you can still read our analysis of them:

Today we removed the Elektron Analog Rytm from our recommended list above due to a lack of availability. 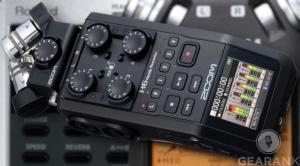 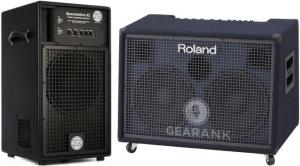 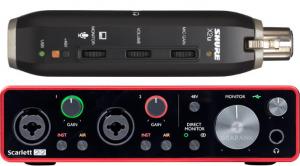