Here's what I found when I processed over 1,500 customer and expert reviews of the XM8500.

The Behringer XM8500 is primarily designed for live vocals, however you will also find it being used on drums and other instruments and also for recording in home studios.

The thing that owners of the XM8500 most often cite positively is that this is an excellent microphone for the price given that it usually sells for only $20.

The most common negative sentiments were that it's not as durable as more expensive mics like the Shure SM58 and some didn't like the fact that it doesn't have an on/off switch.

Expert reviewers tend to say they use this as a back-up mic or a second mic, but many bands do use it live as a primary mic because you can buy 5 of these for the price of a single SM58. 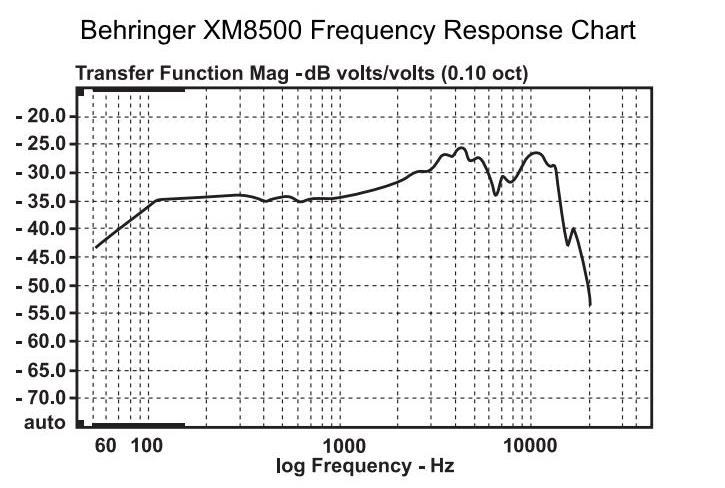 One reviewer said he conducted a blind test by getting 3 vocalists to use it and an SM58 through a PA - he said the result was that all three singers preferred the XM8500 to the SM58 - you can read his review here.

Many people who bought it also quite liked the solid carry case it comes with. Overall the Behringer XM8500 is rated as the best budget dynamic microphone when used for live vocals through a PA system.

If you're on a tight budget then this mic will do the job until you can afford more expensive options.

Here is another MetaReview of the Behringer Ultravoice XM8500.

The Behringer Ultravoice XM8500 is a handheld vocal mic that's meant to handle the rigors of the road. There's nothing fancy about it in terms of features, but it continues to be popular because of its quality to cost ratio. Being a dynamic mic, it can handle live vocals really well, especially with its frequency response of 50Hz to 15kHz that has a slight emphasis on the midrange which many vocalists prefer. And thanks to its cardioid polar pattern and two-stage internal pop filter, the XM8500 can handle loud rock style vocals, and even loud sound sources like guitar amplifiers.

Pros
Value for money and dependability are two of the Behringer Ultravoice XM8500's most commended qualities. It is reported to work well in various settings, from small venue sound reinforcement to home recording. And while it is mostly employed for vocals, there are many who are just as impressed with how it works with amplified instruments.

Cons
There are some who complained about the lack of on-off switch, but on the other hand, there are sound technicians who are thankful that it doesn't have a switch (this prevents the mic from being accidentally turned off during performance). There are a few who wanted more bass response from the mic, but noted that they were able to get them with some EQ adjustments.

Overall
With its good balance of quality, reliability and value for money, the Behringer XM8500 is highly recommended.

You can buy it at Amazon.