The Yeti appeared on our recommended list for Condenser Mics Under $100 from December 2015 until January 2017 when it was removed due to being out-ranked by other mics.

It also first appeared on our recommended list for USB Microphones in July 2016 where we are still recommending it today.

Of the microphones listed on Gearank, the Blue Yeti has one of the highest number of sources of reviews and ratings, having more than 9000 users taking their time to rate and give their review of the product. Getting that many people to spend parts of their busy lives to provide feedback, comments and customer reviews about a mic is a feat on itself, but what's even more impressive is that majority of the reviews have mostly good things. With just that, you can be sure that this is a quality mic that has satisfied if not exceeded the expectations of many.

The design of the Blue Yeti reminds me of R2D2, with the bulky mic sitting on top of the included holder. There's nothing too special about its specs, having a frequency response of 15Hz to 22kHz, Max SPL is a bit low at 120dB and an adequate sample rate of 48kHz at 16bit.

Still not mentioned in the specs is its great sound recording quality, and the versatile controls that allow for a variety of functions. Speaking of variety, another noteworthy feature of the Blue Yeti is its 3 interchangeable 14mm condenser capsules, which allows for cardioid, bidirectional, omnidirectional and stereo pattern.

While its best used on vocals, it also works well on acoustic instruments, and even for capturing multiple instruments.

The small number of negative customer reviews on this mic point to its bulky and non-portable size, but that would not be an issue when you're just going to set it up in one place. 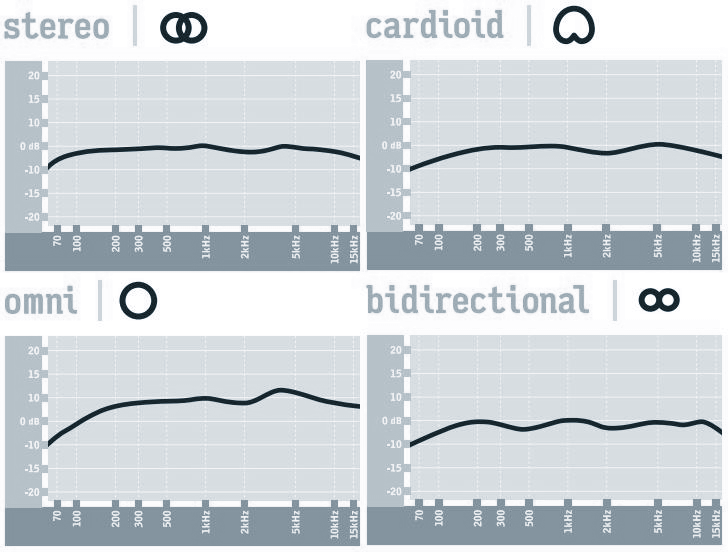