The SR40V first appeared on our recommended list for Live Vocal Mics in March 2016 and it has remained there through every new edition until August 2022 when it was out-ranked by the Neumann KMS 105.

Earthworks believes in the quality of the SR40V so much, that it comes with a 15 year warranty.

James Taylor has been using the Earthworks SR40V in his concerts since he was first introduced to them in 2011. Other Earthworks SR40V artists include Foreigner, jazz singer Candice Hoyes, and many more.

This by itself is telling of the quality, which many popular singers noticed and put to good use on the big stages, most notable of which is James Taylor who's been using it live since 2011.

The company claims that it requires less EQ, if not none at all, and this is corroborated by users. In addition, this mic has a hypercardioid polar pattern which helps quiet unwanted noise and feedback. 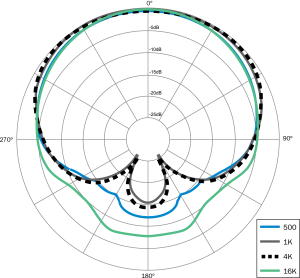 Here's a good demo of the Earthworks SR40V: