Our rating of 88/100 is based on analysis of 5+ sources comprised of online reviews and discussions. Under the Pros and Cons headings below you'll find a condensed analysis of what those owners and users have been saying. Feel free to ask questions or add your thoughts in the comments below.

The Leslie brand is famous for their rotary speaker systems, particularly when paired with organs like Hammond, so to avoid confusion we must point out that this is a regular keyboard amp that doesn't have rotary speakers.

The manufacturer has voiced it to be suitable for keyboards as well as amplified acoustic instruments such as accordions, violins and guitar.

One difference it has over most keyboard amps is that instead of having a tweeter it has a 6" driver for high frequencies meaning that it will tend to emphasize the mids a little more but not the very high frequencies quite as much as other amps.

It has 3 stereo input channels with one each being dedicated to Keyboards, Instrument and Microphone which all have their own 3-band EQ in addition to the main mixer which also has 3-band EQ.

All this makes it suitable for use as a small PA system, although it doesn't provide phantom power so you'll need some form of mic preamp like a vocal effects pedal that provides phantom power if you want to use it with a condenser mic.

Despite its non-standard speaker configuration it gets great marks for its tonal response with several calling it crisp and clear, particularly from those who use it with Hammond organs and similarly voiced keyboards and synths. It also performs well with regular keyboard and synth sounds.

Other than one reviewer who wished it was cheaper but ended up saying it's worth the price, there were no consistently reported negatives.

If you like other non-rotary Leslie amps then you'll probably love the LS2012 as noted by several experienced Leslie amp owners.

Although this was previously on our recommended list, there are now more highly rated options available which you will find in our guide to The Best Keyboard Amps. 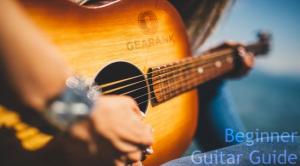