The MXL V67G has been a popular recommendation for affordable condenser microphones ever since it was released. With newer mics now occupying the affordable mic range, does it still retain its status as a darling of the sub-$100 price point?

My experience with the MXL V67G comes from my need for an affordable XLR Condenser mic to use for deeper voices. Being a baritone myself, I found that the mic I was using at the time, an Audio Technica AT2020 felt like it was thinning out my voice too much.

Budget constraints were a big concern for me back then as well so I needed a mic that did not take away from the depth of my voice while still being able to present higher frequencies naturally. 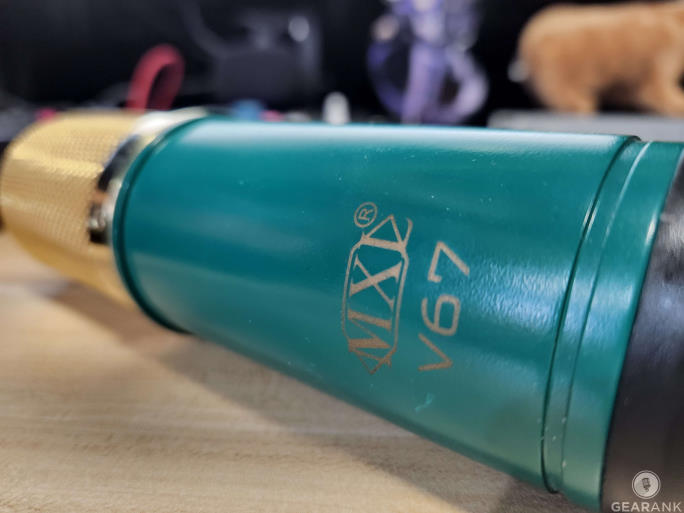 The body of the V67G is made of a durable metal material with a long lasting finish.

The V67G is a vintage sounding microphone with warm and smooth low frequencies and a relaxed upper midrange. This type of sound signature is usually seen in higher end condenser microphones of German and Austrian origin.

I've been a big fan of mics inspired by the U87 so when I read that the circuitry was partly influenced by that mic, I knew I had to try it out.

The V67G has a rich, low frequency presence that's not bloated in any way. To offset this, there is a slight dip at the midrange which is a good thing in this case as it prevents excess nasality in my tone. Even with the midrange pulled back, it was harmonically rich enough not to sound hollow or brittle as is the case with other cheaper condenser mics. I have used this microphone to record other vocal types as well. It does a good job of adding body and richness to lighter female vocals. 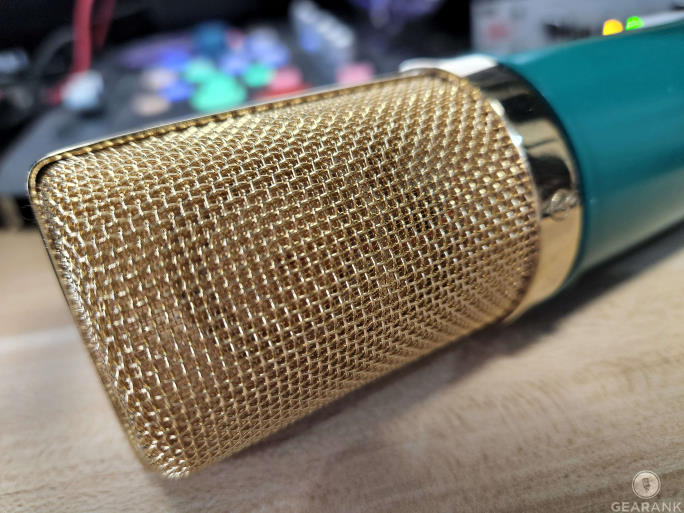 The capsule is surrounded by a gold plated headbasket. Peeking into it reveals a center-terminated element. The mesh however, doesn't do a good enough job of mitigating plosives so a pop filter is highly recommended.

One common problem I encountered is excess sibilance. While the mic itself isn't brittle sounding, I often find it to be too airy. This also means that distorted electric guitars have too much sizzle on the top end that conflicts with the range of the cymbals and other high frequency rich elements in the mix.

After using it for quite some time, I can say that the sound signature is closer to a Telefunken 251 although not as smooth at the "air" frequencies. A little bit of tape or tube saturation in post should work to get that sheen to a more controlled amount. Otherwise, I didn't have too much trouble with my own voice on record as I don't have a particularly sibilant voice. I still use a de-esser in post regardless of the mic.

It's a bit slim on the upper midrange but it helps give it a clear sounding capture of voices. It's best paired with warm preamps so for those with third generation Focusrite interfaces, this mic sounds best with the "Air" feature off. 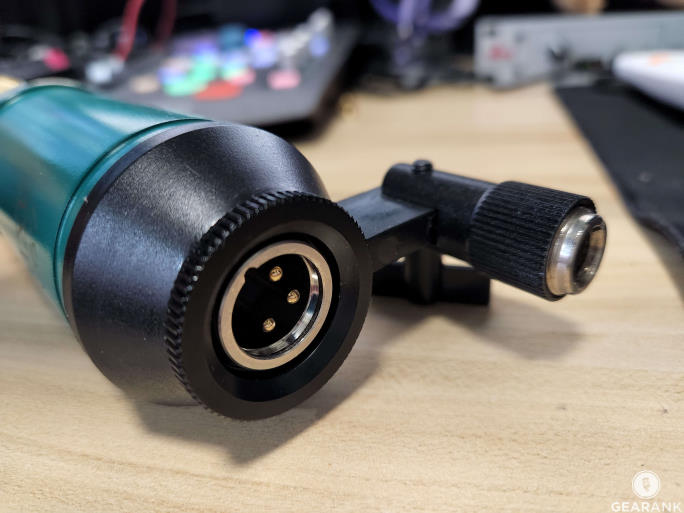 The end jack of the MXL V67g. Also visible is the included mic stand mount.

It also does not come with a shockmount or pop filter. MXL does offer a version of this mic called the Heritage Edition (link to Amazon) that comes with accessories and a case but for an added premium. 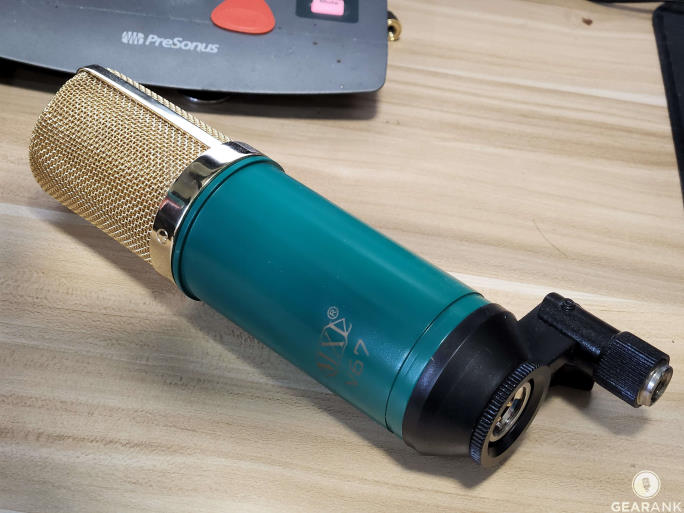 The V67G is a great mic to start out with. It gives your vocal tracks a vintage tonality and provides polish straight from the raw tracks; a quality often associated with higher end mics like the AKG C414 XLS or Neumann TLM series (though not as refined and perfected). At this price, It's tough to beat. The only time I would replace this would be if I get either of the aforementioned AKG or Neumann microphones and that should say enough about how much I love this mic.