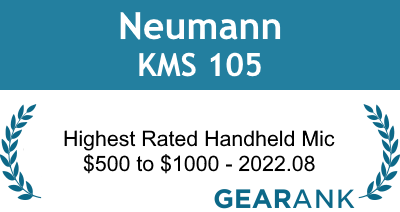 The KMS 105 first appeared on our recommended list for Live Vocal Mics in March 2016 and it remained for every edition we have since published.

It also appeared on our recommended list for Condenser Microphones Under $1000 from October 2018 until March 2020.

Neumann is well known brand when it comes to recording gear, but incredibly one of their best rated mics, the KMS 105 is actually a handheld condenser mic for live vocal use. Big name artists like Norah Jones and Michael Buble are just two of the many professionals who put the Neumann KMS 105 to good use.

This mic comes with a supercardiod polar pattern that is really good at rejecting unwanted sound, and it has the ability to control proximity effect via a 120Hz high-pass filter.

Both of these features work together to make this mic as transparent and clean sounding as possible.

Most of its many 5 star ratings are from owners who are impressed with its natural sound and quiet operation. Some even go so far as stating that the Neumann KMS 105 is the best vocal condenser mic that they have ever tried. 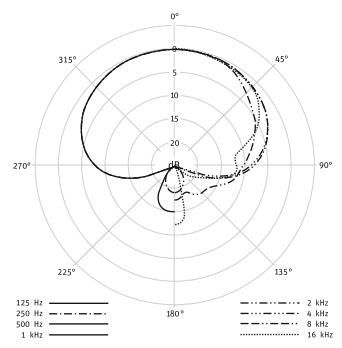