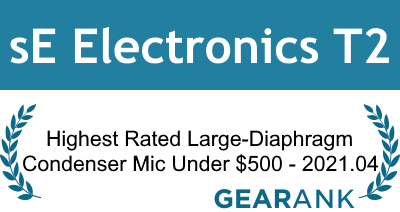 The T2 appeared on our recommended list for Large Diaphragm Condenser Mics Under $500 in April 2021 however over the following 10 months the price went up 3 times.

The sE Electronics T2 was designed with transients in mind.

To achieve great transient capture and diaphragm resolution, the T2 employs a titanium sputtered capsule for capturing not only percussive sounds but nuanced vocals and acoustic performances as well.

Loud sound sources, particularly drums, are able to be recorded distortion-free thanks to the T2's -10 and -20 db pads.

While many purchased the T2 as a drum mic, some were quick to discover that it does equally well with acoustic guitars and vocals - strumming and picking on acoustic guitars gets a dose of clarity that most mics struggle with.

The T2 does its best as an instrument mic but is equally adept at capturing rap, spoken word and voice overs with the same level of articulation. 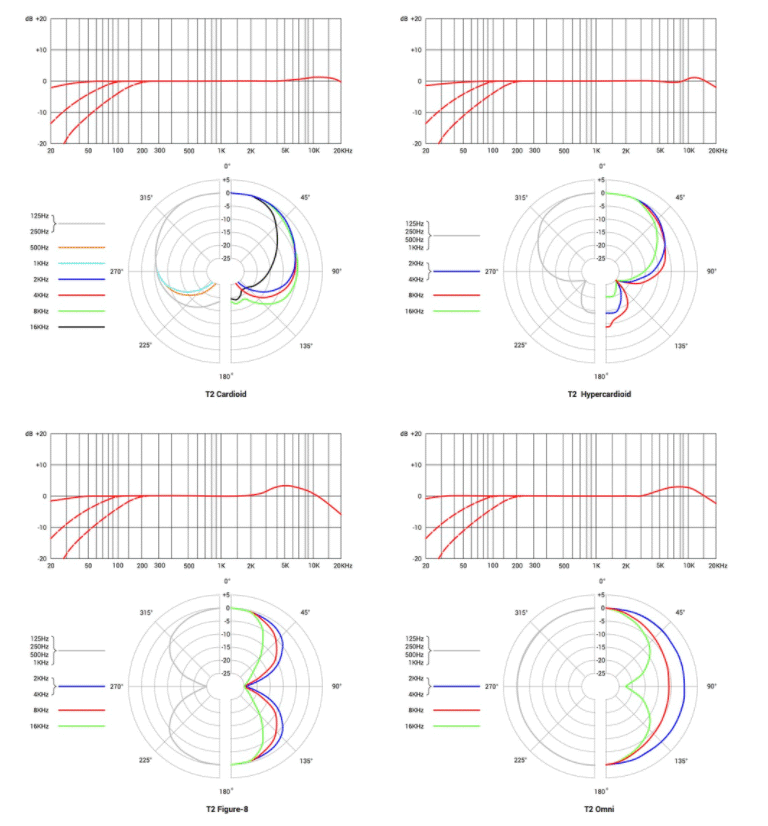