Combining this highly sensitive mic with a reliable wireless system makes for a great mic that captured the hearts of many of its users. It features a fully programmable receiver, with twenty frequency banks and 12 preset frequencies each, allowing for quick setups. There's also a special sound check mode that lets you check the RF signal and audio discretely.

Many were very happy with the Sennheiser EW 165 G3's overall performance, but most of the praises came from singers and vocalists who felt that they sounded and performed better with this mic. Ease of use and reliability were also pointed out along with its solid construction. There was one person who had some bones to pick with the included mic clip being too tight, but most are impressed with its overall performance. If you're looking for a high quality wireless condenser microphone then the Sennheiser EW 165 G3 is a worthy investment. 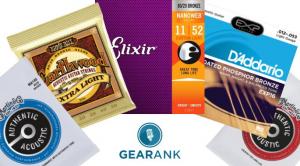