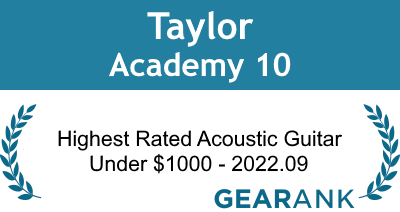 Taylor is a brand known for premium acoustic guitars, but they have been expanding successfully into lower price ranges, thanks to guitars like the Academy 10.

As the name implies, this is meant to be a student guitar, hence its smaller overall size, but it does retain the familiar dreadnought shape. More importantly, it allows novices to experience Taylor's craftsmanship at a more accessible price point.

What separates it from the pack is its beveled armrest, which allows for a more comfortable picking arm position on the guitar. This beveled armrest together with its short scale and smaller body size result in a very playable instrument, to the point where even experienced musicians are impressed. 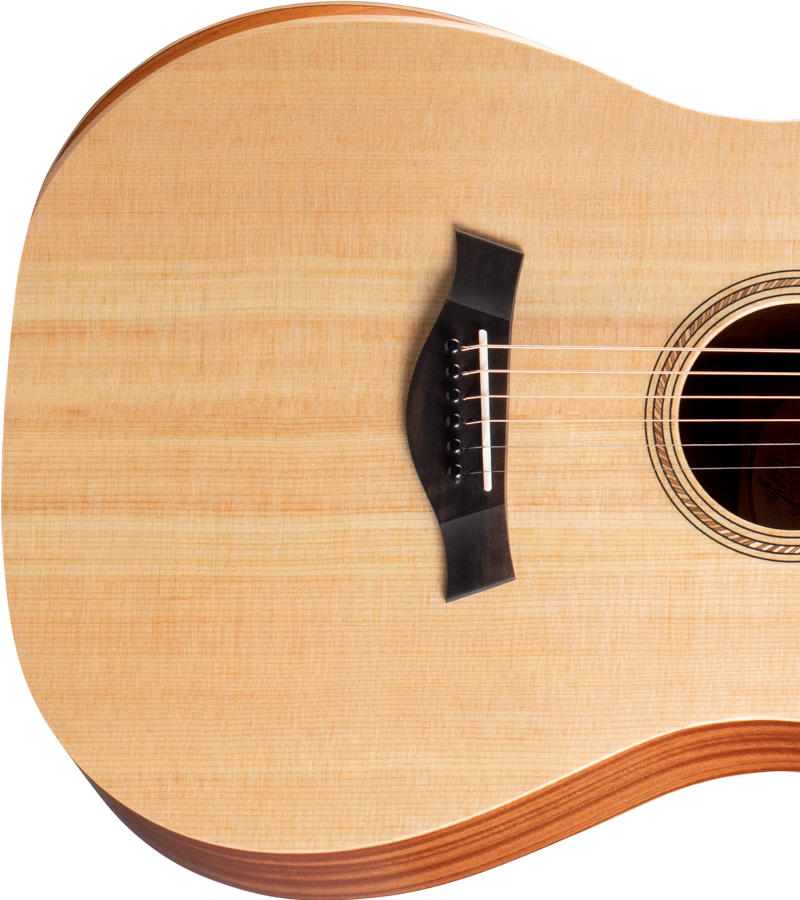 [Beveled Arm Rest at the Top - Click to Expand]

The neck also comes with student-friendly specs, including its ebony fingerboard, light gauge strings, 24.8" scale length and 15" radius. It does retain a 1.6875" nutwidth for comfortable yet familiar string spacing.

While the back and sides are made from layered sapele, it does sport a solid spruce top, which together with Taylor's craftsmanship give the Academy 10 good response and tone. Other features that help its sustain and tone are the NuBone/Micarta nut and saddle. Finally, this guitar comes with a natural finish to better showcase the grains of its solid spruce top.

Note that some retailers offer a "Lefty" version, so left handed students won't have to play on upside down guitars, or force themselves to play right side. There is also an acoustic-electric version available, called the Taylor Academy 10e, equipped with Taylor's ES-B pickup and preamp system with built-in tuner. For those who can extend their budget, Taylor also offers a Grand Concert body version called the Academy 12, which has similar features, including having its own corresponding acoustic-electric version.