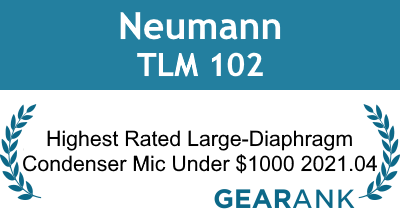 The TLM 102 first appeared on our recommended list for Microphones for Recording Acoustic Guitar from January 2016 until July 2018. We then put it back on that list in April 2021 where it remains today.

Its ratings were high enough to earn our recommendation for Large Diaphragm Condenser Mics from $500 to $1000 in April 2021 and it remains on that recommended list as well.

While it is by no means cheap, the TLM102 is one of Neumann's most affordable condenser microphones, with its significantly smaller size and stripped-down features.

But don't let its compact size stop you from considering this top rated mic, because it carries over the brand's renowned sound and build quality at a more accessible price point.

The most notable feature of this mic is its incredibly clear sound, and even though it is being marketed for vocal use, its transparent operation makes it work really well with acoustic instruments.

Despite its relatively small size, the Neumann TLM 102 is a large-diaphragm condenser mic with transformerless capacitor, giving it the same clarity and quiet operation as more expensive mics.

It also features a cost-effective edge-terminated diaphragm that increases the max SPL without compromising sound quality.

It is stripped down to just basic functionality, having a single Cardioid pattern with no attenuation pads or filter-switches.

Frequency response is standard at 20Hz-20kHz, but Neumann adds a slight boost above the 6kHz which results in a really crisp, clear and cutting sound that work exceptionally well with acoustic guitars.

It also has a surprisingly high tolerance for loudness, with max SPL at 144 dB that's viable for guitar amps, wind instruments and more.

With its big name brand backing and high ratings, the Neumann TLM102 is an easy recommendation, check it out if budget permits. 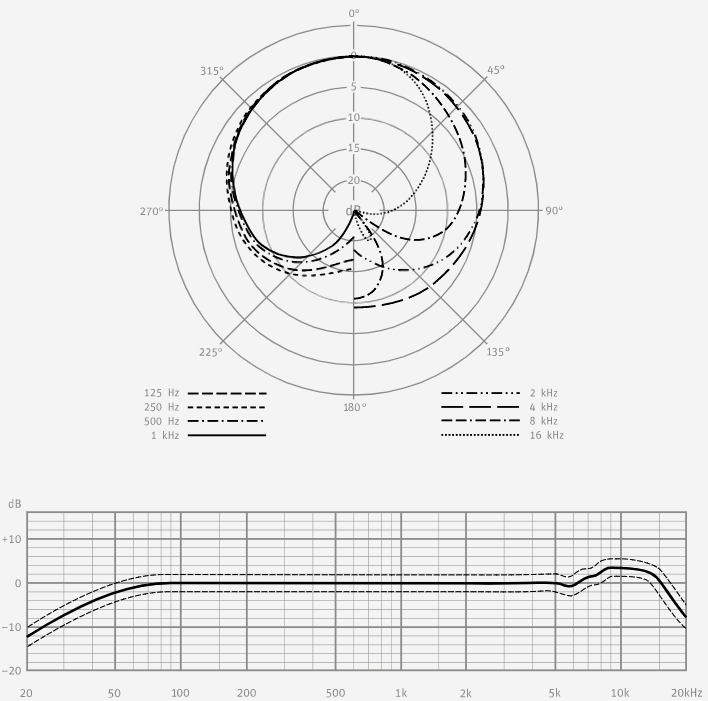