The DS-1 Distortion pedal has made its way into my setup more than once or twice in my playing career.

Enamored by its simplicity, ruggedness and sheer ability to mangle a pristine amp tone, this is a pedal I know well.

Introduced in 1978 and going strong till today, the Boss DS-1 can be heard on countless records and has been a staple pedal for many a rock guitarist.

The controls and layout of the DS-1 are simple, concise and useful. It features three knobs for tone shaping, takes a 9V battery or power adaptor and has a 1/4" input and output. These are the knobs on the pedal:

The DS-1 has a sound and feel that I describe as "real". It has a great way of distorting your signal while retaining the characteristic sound of your guitar - being analog ensures no latency whatsoever and it really feels like a carburetor as opposed to a fuel injection powered car to use an analogy - completely connected to your tone. 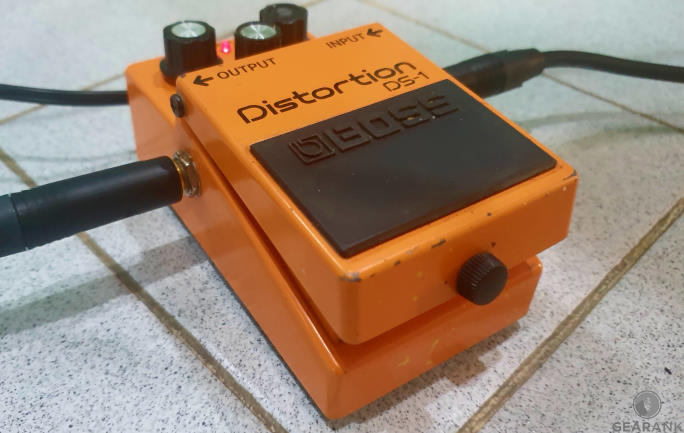 It runs the risk of being thin and shrill at times, I would sometimes use it as a simple boost for amps with an already good drive channel. Also, as I have gotten older and more experienced, I have opted to use less and less of the "DIST" setting mitigating its tendency to be harsh and unpleasing to the ear.

It works great for punk music and with the volume pot on your guitar rolled off is great for some blues and pop alternative. But lacking the dual-stage chug that something like a Boss MT-2 has, I don't see it succeeding in many metal situations.

I tried to use it in a recent recording that I was working on and found no useable tones straight into the audio interface. It works best with a real amp and it doesn't react to VST amp and cab simulators very well.

Some Sounds and Settings

These samples were recorded straight into a Focusrite Scarlett 18i8 in mono using a simple, clean amp and cab simulator VST with all settings set at 12 o'clock. The guitar I used is a Telecaster with Hotrails style humbucker pickups.

In two of my settings, I've provided one rhythmic example and one riff: 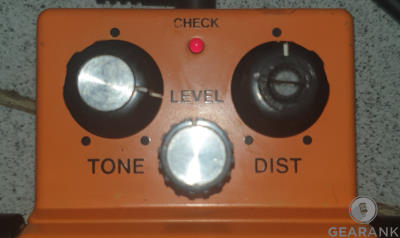 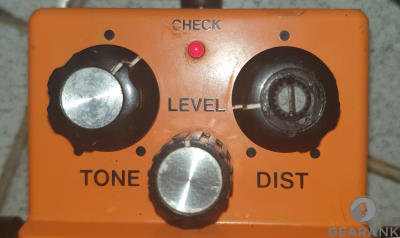 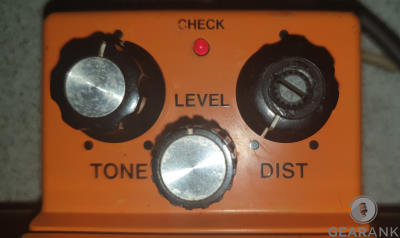 I ran the series number at the back in a series number database and found that the current copy I own was manufactured in February 2002 making this piece 20 years old as of writing this review!

Apart from some cosmetic scuffles, you wouldn't be able to guess just from looking at it.

In 2000, Boss did a minor revision to the circuit using a Mitsubishi op-amp to increase the overall volume of the pedal but introduced a fizzy top end sound at its highest gain levels.

It's good to have a copy of such an iconic pedal. You won't reach for it that often, especially if you don't have an amp that has opposite tonal characteristics (extremely clean and warm). Many would be quick to pooh-pooh the DS-1 in favor of boutique pedals. But give it a shot, it might be the perfect blend of sweet and nasty your guitar sound needs.

I have been playing electric guitar on and off as a recording artist since I was 17 years old using all sorts of gear and guitars. Recently getting back into it, I am currently searching for the perfect electric guitar set up, trying all sorts of equipment. I'm very eager to publish the results of my experiments here at Gearank.