The pickup(s) in your guitar are what allows your instrument to be heard. They’re just as important as the wood your guitar is made from, your strings, and your amp; and they deserve an equal amount of consideration.

However, pickups come in different shapes and sizes. Pickups also work towards different purposes. For example, you’re not going to use the same pickup to play country that you use to play hard rock and metal. And if you don’t get the right pickups for what you want to do, you’ll find it hard to get the tone you want.

Because there are so many types of guitar pickups available, we’ve set out to create an introductory resource that you can use to figure out which pickup is going to be the best fit for you. We’re not going to delve into too many technicalities, or try and list every conceivable pickup and the pros and cons associated with them, but by reading this article you’re going to have essential knowledge to make an informed purchase.

So without much further ado, let’s get started…

What Is a Pickup?

Before we get started, let’s make sure we’re all on the same page. A pickup is a magnet with wire wrapped around it that transforms the vibration of your strings into an electronic signal. Pickups are used on electric and acoustic instruments.

You can see our recommendations in our guide to Electric Guitar Pickups.

Acoustic pickups can be divided into three categories: transducer, piezo, and soundhole.

Acoustic guitar pickups are more controversial than electric guitar pickups because acoustic guitar players are generally looking for a reproduction of a tone that already exists. Accuracy in reproduction is generally prized over the pickups’ intrinsic qualities, and because our view of how accurately a pickup is reproducing our unplugged tone is subjective we all get different opinions on how well certain types (and even certain models) of pickups perform.

The best advice you can ever get when it comes to acoustic pickups is to keep an open mind, and to make your decisions with your ear instead of letting your preconceived notions decide for you. There are pickups that, through careful design and implementation, manage to avoid the pitfalls that plague other pickups of the same type. There are also advancements in pickup technology being made all the time, so just because you don’t like the tone of a certain pickup now doesn’t mean that will always be the case.

To see which acoustic pickup systems we recommend, take a look at our guide to The Best Acoustic Guitar Pickups.

All of the pickups above fall under two classifications: active and passive. Active and passive pickups operate differently and have very different tones. So in order to get the tone you’re looking for it’s important that you know the difference between the two.

4 Things To Consider Before Upgrading Your Pickups

where to get a guitar with a filtertron; lipstick and P90; all switchable !

What might be some issues with using an electric bass guitar pickup on a 4-steel-string ukulele? Or maybe a coated set of strings?

I'm probably going to give it a go.

What about lipstick pickups? Okay maybe you count those as single coil. But what about filtertrons?

If I have a carvin (from San Diego and only fixed there) where can I find someone in AUSTIN to change my picups from active to passive? My is an acoustic/electric. I don't care if all I get is JUST ONE TONE... JUST WANT IT TO WORK! cahildave88@GMAIL.COM

How about pictures corresponding to each description? 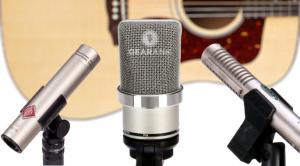 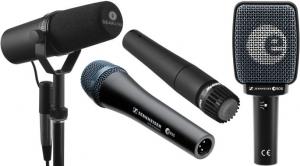 The Best Cheap MIDI Keyboards Under $100 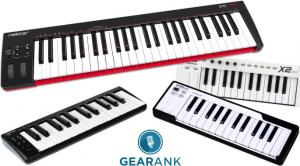