Our rating of 95/100 is based on analysis of 125+ sources comprised of online reviews and discussions. Under the Pros and Cons headings below you'll find a condensed analysis of what those owners and users have been saying. Feel free to ask questions or add your thoughts in the comments section.

Fishman is the premier name in acoustic guitar amplification and the Matrix is Fishman’s flagship series.

It features a redesigned endpin mounted preamp, controls for volume and tone, a low-battery indicator, and a voicing switch.

The voicing switch cuts specific frequencies to approximate the electric signal with your acoustic's tone.

The onboard EQ has a custom range from mid boost to more scooped tones.

Despite the high difficulty of installation, some users who did it themselves found it to be easier than they thought. Some mention the Matrix Infinity minimizes the pitfalls that piezo systems have such as unnatural attack and quacky midrange.

Some guitars may still sound unnatural and harsh with the pickup because of their guitar's construction as some users reported. These guitars usually benefit from other styles of pickup. One user found the pickup overemphasizes the guitar's low frequency although they did not mention what type of guitar it was.

If you prefer the detail and attack of piezo systems, The Matrix Infinity series might be worth a shot.

Unfortunately this is no longer available new in stores - for highly rated alternatives see in our guide to The Best Acoustic Guitar Pickups - Active & Passive.

He's written about and researched music gear for many years, while also serving as a music director at his local church, in addition to teaching guitar, bass and mentoring young musicians.

The Best Acoustic Electric Guitars up to $500 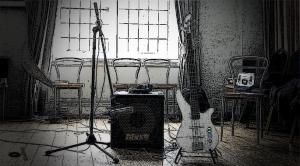