Yamaha's 'MD-BT01' is Bluetooth MIDI adapter that allows you to wirelessly connect to midi gear via the old school 5-Pin DIN MIDI connectors. So for example you can hook this up to a Yamaha DX7 and use it as a midi controller and a sound module. It's a pretty nifty and convenient little device and since it sips its power from the midi connection itself, there really are no wires required. Keep in mind that some MIDI devices don't provide power and these won't work with the MB-BT01.

It's made to work with Mac and iOS devices and that's what I used for this review. Windows and Android users have been able to get it working too but its not officially supported by Yamaha and seems a little hit and miss. The adapter uses the Bluetooth Low Energy (BLE) MIDI standard which was released by Apple in 2015. Most of the advantages and disadvantages with the MD-BT01 are down to how well BLE MIDI protocol is implemented but we'll talk about these as well since this is one of the main units available.

So how easy is it to get it all connected? Firstly you connect the MD-BT01 (is it just me or is this one of the least catchy product names around) to the MIDI IN and OUT of your MIDI gear. There are directional arrows to indicate which of the two connector ports connects to which but for those who've connected MIDI gear before they really don't help much since usually the MIDI IN connects to the MIDI OUT on the other side. That's not the case here as the brief 'manual' does point out so the 'in' arrow does actually go to the MIDI IN and so forth. Once you're connected and switch your midi gear on the light should flash and you're ready to setup Bluetooth. 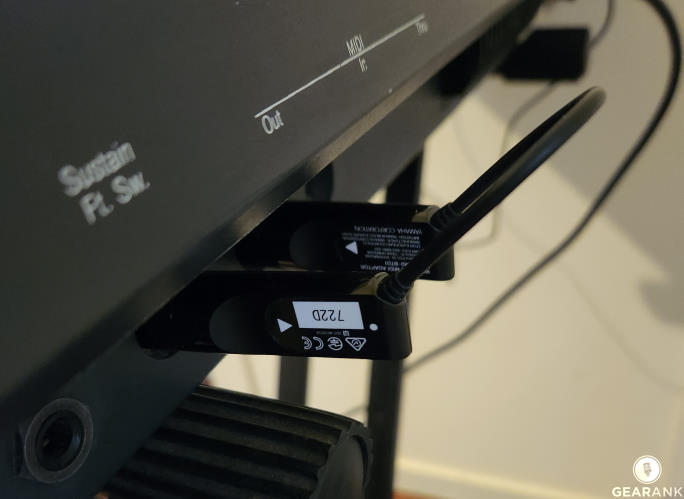 An important point to make here is that BLE MIDI is NOT the same as 'classic' Bluetooth that you would normally use for music playback. You can see some frustrated users leaving negative reviews because they didn't realize this. Yamaha don't really make this as clear as they should in their very brief instruction 'manual' either but it is there. Instead of looking to make a Bluetooth connection in the usual place you need to use the 'Audio MIDI Setup' app on macOS or on iOS you need to load up a compatible app and enable this in the settings to get the connection going. There are a lot of compatible apps in iOS including Garageband and even a dedicated third party connection app called 'midimittr' that is well regarded for connecting. 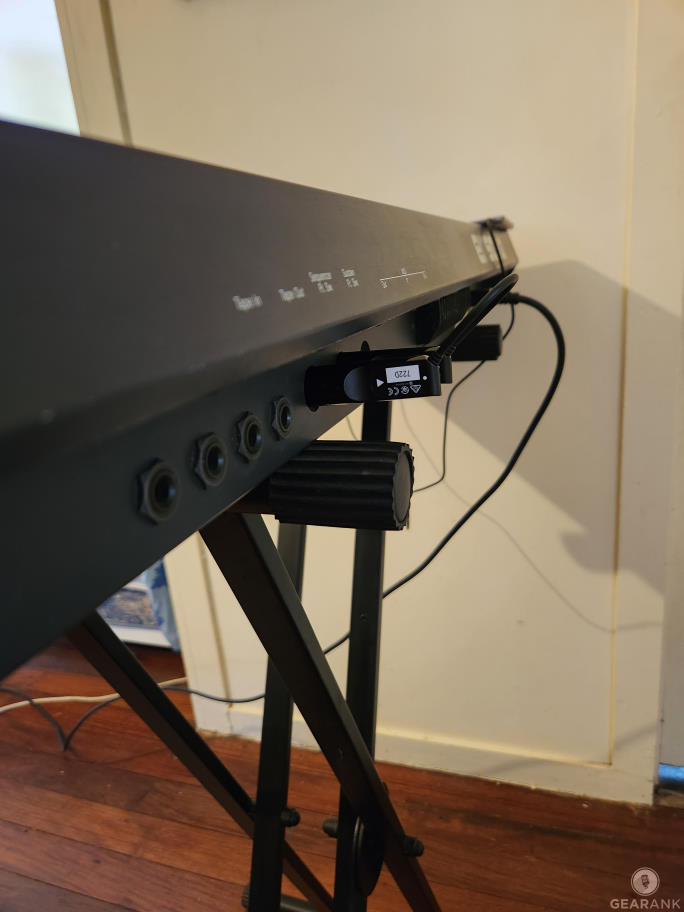 I connected a number of my midi devices with the unit and they all connected reliably and worked well. Other owners report this as well which is reassuring. My trusty old Ensoniq SQ-80's polyphonic aftertouch flowed through perfectly to apps that can use it like Moog's Animoog Z. The weighted digital piano came through on Garageband quite smoothly and I struggled to tell whether any latency was due to the unfamiliar resistance of the keys or BLE MIDI. Even a guitar multi-effects pedal worked for controlling the 'Loopy' app. It works well for transmitting MIDI 'system exclusive' messages which is often something that can trip up MIDI adapters so it seems to cover the full gamut of MIDI messages well. There's a world of wireless possibilities and you can actually connect to multiple devices at once so you could imagine decking out your whole setup with these. 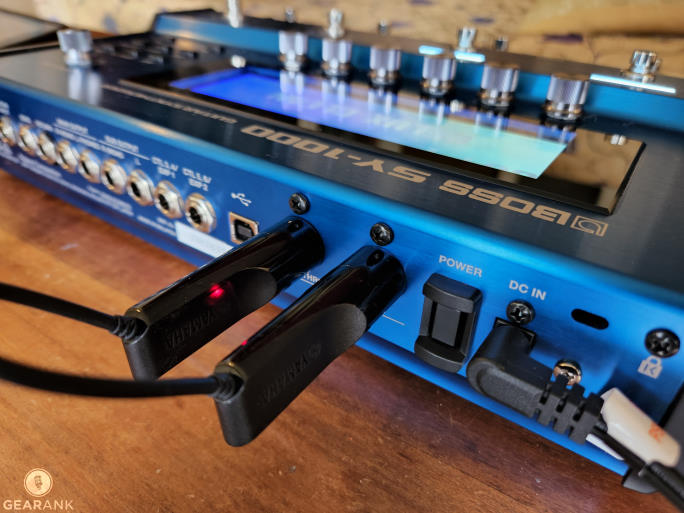 From what I can see the MDBT-01 implements BLE MIDI quite reliably but the standard itself and the way Apple have implemented it do introduce some compromises. In my experience there's just a hint of additional delay compared to a wired connection but not enough to be a problem. People who have measured the latency online have come up with values like 15ms which is about what you would expect for 'just noticeable for some but still OK for most people'.

Something potentially of more concern is the variability of the latency known as 'jitter'. Musicians can generally account for a certain amount of latency. For example the delay due to the speed of sound from being 17ft away is about 15ms. But you can't account for randomly changing delay. Users have measured jitter of around 10ms with using the device which is enough to potentially alter the nuance of the timing of what's being played. In practice I haven't experienced this as an issue and most owners don't either. However you're an especially precise player or looking to use this for percussion then it could be a good idea to trial BLE MIDI before committing to it.

Yamaha offers a very simple companion iOS app that can update the device's firmware and also change its Bluetooth name from the default 'MD-BT01' which is handy of you plan to use more than one of these. I managed to use this app to update the firmware on my unit to 1.07 without problem and also changed the device name. There are some people who have had problems including some who claim a prior update 'bricked' their devices. There's no way to verify this and it seems that more recent updates may have resolved the issue but overall the app is not very well liked and Yamaha seem be offering the barest of support here. The iOS app is the only way to update the MD-BT01 so if you don't have an iPhone or iPad then this isn't for you.

The Yamaha MD-BT01 is a handy and practical option for making your MIDI gear operate wirelessly with iOS and macOS devices. Once it's set up, the wireless MIDI connection is a lot quicker and more convenient than having to plug in which means you are more likely to actually use it. There is a little added latency but the playing experience is still pretty good overall. It's not for everyone though. You'll need to at least have an iOS device to keep it updated and the support app provide by Yamaha is a bit mediocre. For more serious recording or live performance I would still be inclined to stick with a wired connection but for home use this is real enabler that allows you to quickly access the wealth of musical apps that are available today.