Secret Sauce In a Pedal

Lately, while getting back into electric guitar after a long hiatus I was able to purchase a bunch of assorted guitar pedals from a friend who wanted to focus on woodworking. Among the sundry of pedals was a Boss CS-3 Compression Sustainer. Now, I never considered incorporating a compressor into my live set up since it can be a subtle effect that most non musicians wouldn't even hear.

Will the CS-3 change my mind? Let's find out. 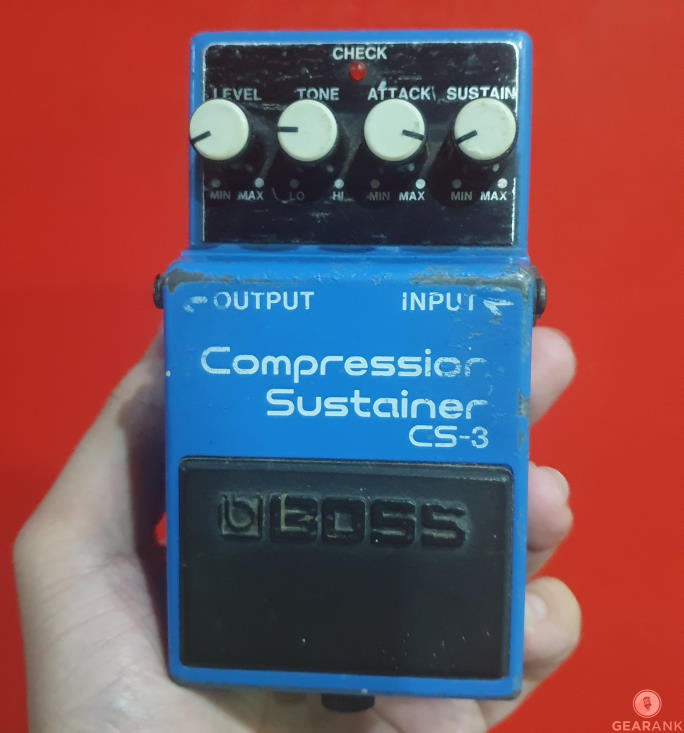 You can tell this pedal has been through a lot.

The CS-3 is the third iteration of the highly popular Compression Sustainer pedals from Boss. Released in 1986 as a minor update to the CS-2, the CS-3 adds a tone knob and uses a different VCA chip.

What Is Does It Do?

Compression basically makes loud sounds softer, bringing them closer to the quieter parts of the signal effectively "squashing" the entire sound increasing the perceived loudness of the signal. The CS-3 adds a sustainer component to this by increasing the volume as your notes get softer making them sound longer.

Here are the knobs and what they do:

As I was setting up the CS-3 to do some tests, I plugged it into my regular 1Spot style power supply. To my dismay, the pedal seemed to malfunction, the LED power indicator was dim and the sound was unpleasingly fizzy. I was worried the pedal was broken!

In a last ditch effort and after a lot of fiddling, I decided to try power it with my TU-3… it worked like a charm! This harkens back to my review of the TU-3 and how I didn't see the usefulness of it being a power supply… well this is one unexpected reason to power my pedals through it.

I don't know the electrical engineering reason why it works with the TU-3 instead of just being powered straight from the daisy chain power adaptor, if anyone knows please let me know in the comment section below.

It also works well with a 9 volt battery.

For this sound sample I used a traditional children's song from the early 20th century to demonstrate the Boss CS-3 on 3 parts. All parts were recorded via a Focusrite Scarlett 18i8 into BandLab (an online DAW) with stock amp simulators and some reverb. I used a partscaster Telecaster with hotrails style pickups and a Clifton 5-String Jazz Bass. 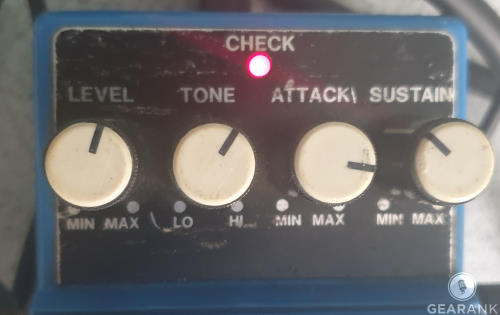 Here the CS-3 is accentuating the attack of the palm muted arpeggios. It really added a prominent "thwack" sound to it and also seemed to make the tone quite a bit thicker. 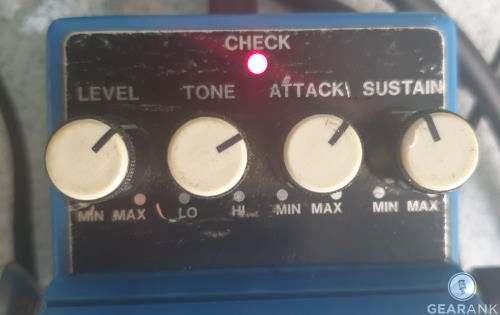 The Compression Sustainer worked surprisingly well on my bass guitar and added a much needed evenness to the volume of the notes. On a more critical note, the compressor increased the noisiness of the electronics in my cheap bass guitar, I had to fiddle quite a bit to find a good balance between noise and useful compression.

Here on the melody, the CS-3 added a bit more saturation and sustain going into a "virtual" tube screamer. The sustain sounds a bit artificial and more like a swell from an E-bow than just an extension of the original notes. I opted for a lower tone setting to add warmth and smoothness. It also took me more than one take to nail this because the compressor also seems to make unwanted string ringing louder. Yes, I know that muting strings is part of electric guitar technique.

On one hand it does the job in a simple manner, providing compression and sustain making things sound just a tad bolder. I would describe it like adding MSG to my tone. I can see myself using this as a boost in lieu of an overdrive pedal. On the other hand, it makes me struggle with noise that without this pedal would be soft enough to not worry about. With my simple philosophy of not making things harder than they should be, the Boss CS-3 is best used by advanced tone shapers with good technique who play genres reliant on compression such as funk. Regardless of this, I have now incorporated the CS-3 into my main live setup. 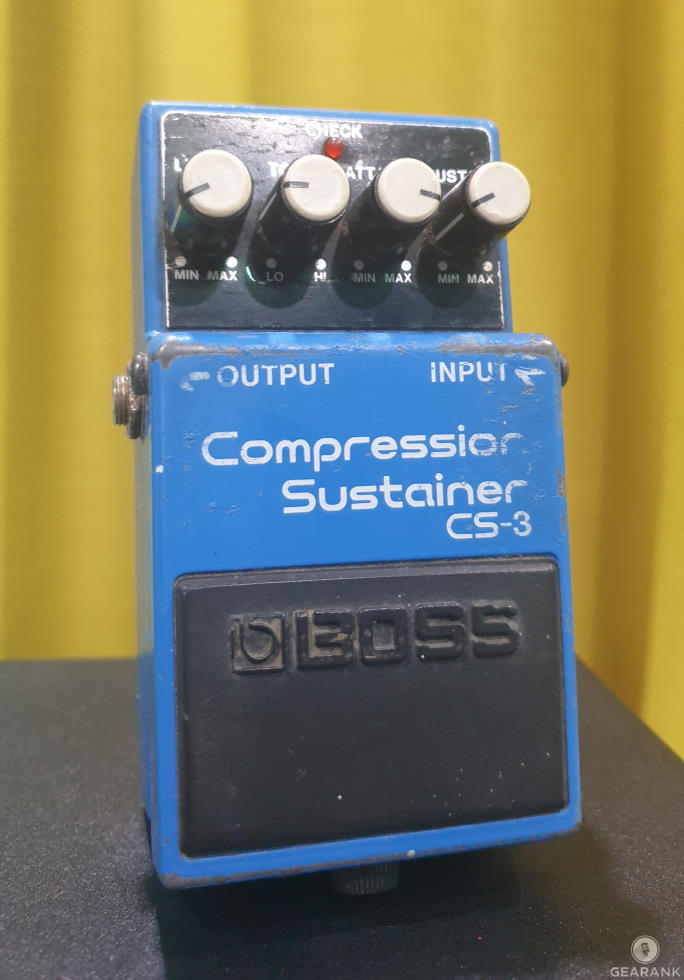 I'm still figuring you out CS-3.