Back to the lab again

Arturia's entry into the affordable 25-key MIDI controller arena got a facelift in 2016. This MkII has an updated layout and smaller footprint than its predecessor. How does it fare now that the hype has died down since release?

For the longest time, I never really saw it necessary for me to own a MIDI controller keyboard. Firstly because I'm not a keyboard player, so I assumed that I won't be able to utilize it in my songwriting. Secondly, the last time I had a MIDI controller, I had a large 88-Key MIDI controller that I found was too unwieldy and inconvenient.

I've been getting more compositional work in recent years than just mixing and mastering and individually programming notes has become a chore to me. I used to be able to compose with this method but because it takes so much time for me, I resolved to getting a MIDI controller again. 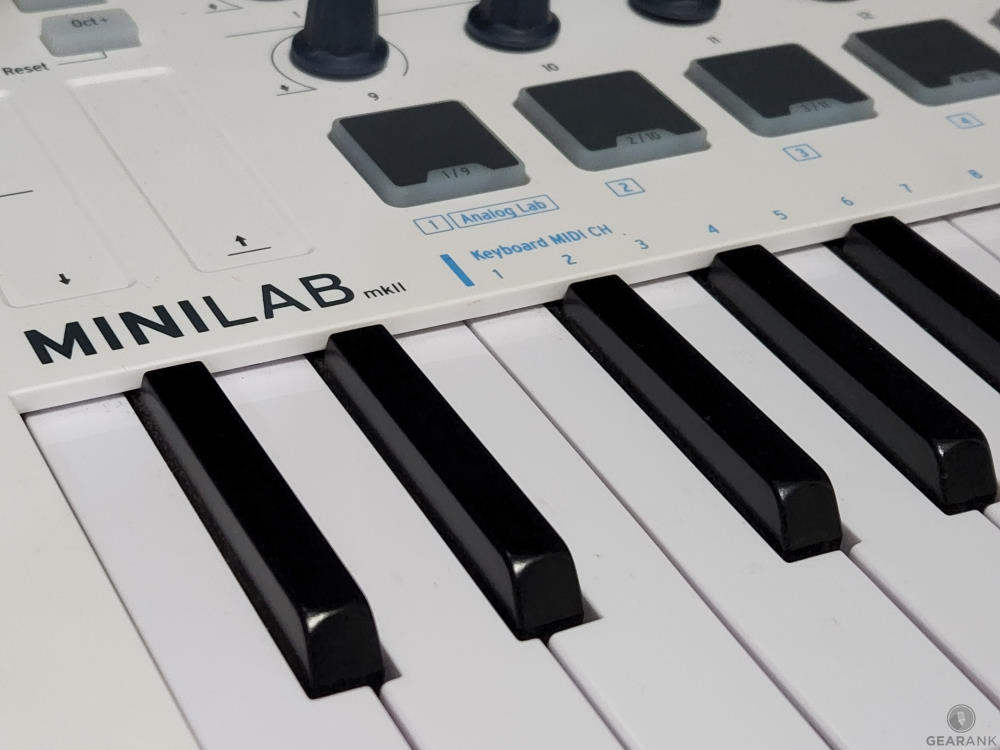 One of my main requirements was a small form factor so I had to limit myself to 25 Keys. I'm not a piano player so I figured that I won't need more keys than that. Other than that, I was in the market for an affordable but versatile 25-Key MIDI controller. 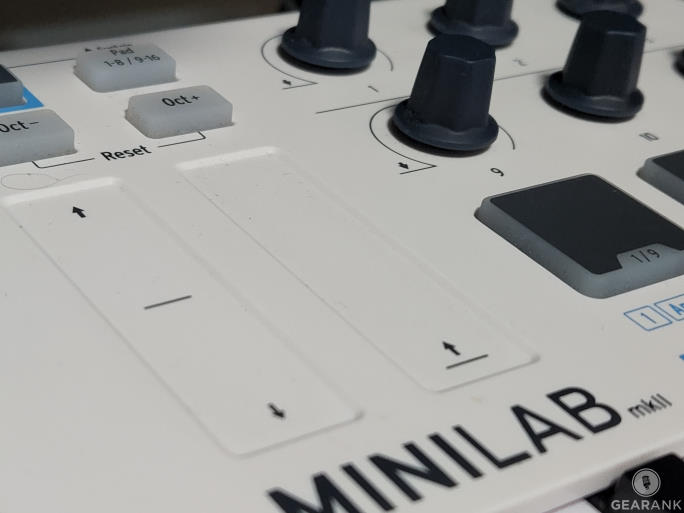 In place of a regular mod and pitch wheel are two touch strips.

The unit was plug and play and my DAW (Presonus Studio One) instantly recognized it as a new device. Arturia provides a software suite that automatically maps to the encoders and pads. Manual mapping for other software synths and samplers is also easy to do.

I already have a software synth by Arturia called "Pigments" and the MIDI Controller works excellently with it. Other software like Native Instruments Kontakt also integrates well with it. 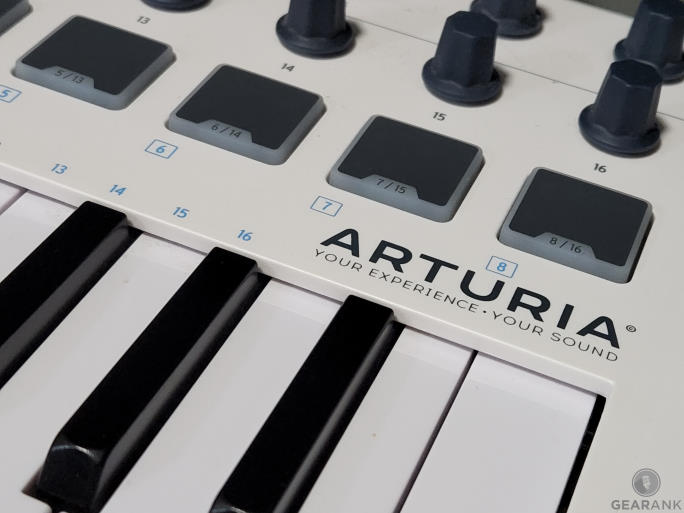 While adequately sized and spaced, those with larger hands might find the velocity sensitive pads a bit too small.

Buildwise, the MiniLab MkII feels solid. Even though it's made of plastic, I didn't feel any excess plastic residue and everything feels solid with no internal rattle when I shake it. The keys are finished nicely and the resistance is just right for synth action. There were some keys that were fractions of an inch higher or lower than the others but it's not really a major issue.

The knobs felt a bit flimsy to the touch but the potentiometer rotation is smooth and consistent across all knobs. The pads felt a bit small but I rarely use them. Still, if you like making beats on pads, the layout and size might not be the best especially for harder hitters. 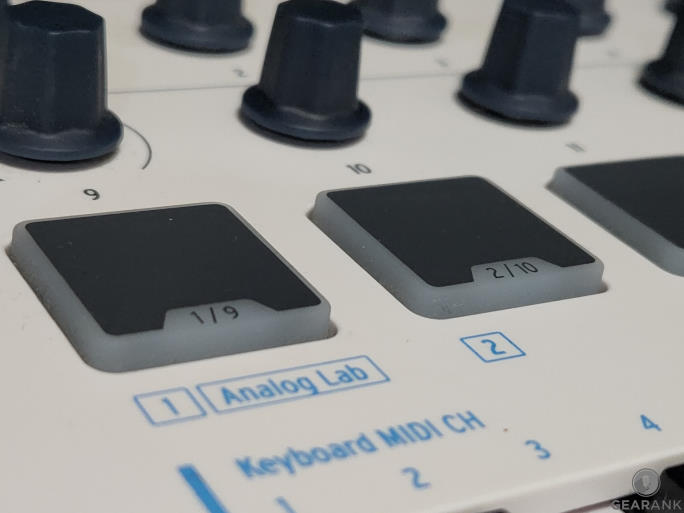 A closer look at the MiniLab MKII's pads. They are made of a high quality silicone-like material.

What I don't like about the Minilab MkII is the fact that I had to settle with touch strips instead of pitch and mod wheels. I would have preferred even a smaller integration of the two wheels as long as it's mechanical. The strips work fine but I do feel it lacking in precision especially when my left hand's fingers are calloused from guitar playing. 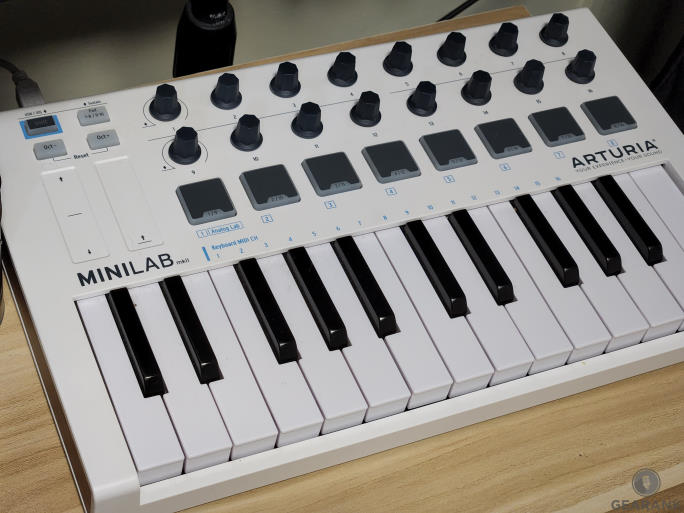 The Minilab MkII has an understated aesthetic that fits in well with many studio setups.

Overall, the Arturia MiniLab MkII is a great, compact MIDI controller and is nearly peerless at this price point. There are some places where Arturia chose to cut costs but everything else looks and feels solid. Even years after its release, the MiniLab MkII is still popular and can be seen gracing the desks of prolific and talented musicians all over the world. 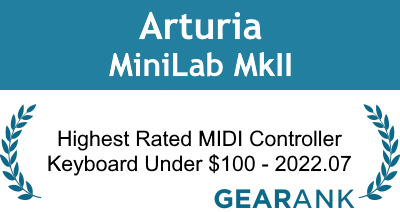 The MiniLab MkII is currently featured in the following music gear guides: