The GD93 may seem like a straightforward dreadnought, but it has some distinct and innovative features, a common theme among Takamine guitars.

The most noteworthy feature is its rosewood bridge with split-saddle, which departs from conventional saddle designs with the aim of improving individual string intonation.

The other distinct feature is not as obvious, you'll have to look past the guitar's solid spruce top, and look at the back to see its three-piece rosewood/quilt maple for the back. This gives the guitar a more premium look and a subtly different sound.

Also, the GD93's mahogany neck has a slim profile with 12" radius rosewood fingerboard.

Great craftsmanship is a common theme among those who rate this guitar highly. Users are in awe of how well built the guitar is, from the bound top, to the 3-piece back, to its slim neck, down to the small details. Good tone naturally follows quality build, and this is reflected in reviews. The guitar's slim neck is also well received, a welcome change for those who aren't into the usual chunky necks associated with dreadnoughts.

There are a few who aren't too happy with the gloss finish on the back of the neck. And the slim neck profile may put off those who want traditional dreadnought playing feel.

The Takamine GD93 is a reasonably priced dreadnought that will appeal to those who want modern playability from the iconic dreadnought shape.

At publication time this was the Equal Highest Rated Acoustic Guitar between $500 and $1000 along with the Guild OM-120.

Alvarez guitars know how to ruffle the feathers of big brands with their value packed mid-tier priced acoustics, a good example of which is the MFA66.

This guitar gives you quite a lot for your money, starting with its all-solid wood design, down to its cosmetic appointments.

While it's not unusual to see solid mahogany top guitars in this price range, the MFA66 takes it up a notch with its solid mahogany back, sides and neck.

It's even more impressive when you factor in other features like its forward shifted scalloped bracing, Paua Abalone Body purfling and inlays, acacia binding, real bone nut/saddle and ebony bridge pins.

Tone plays a big role in impressing users enough to write their reviews, while build quality and aesthetics come pretty close. And the general sentiment among owners is that they got more than what they paid for. One user describes it as an incredible guitar, and this simple description accurately summarizes what many guitar players feel about the MFA66.

A couple of owners said that it sounds a little brighter than they expected of a mahogany guitar, but another responded to those concerns by saying he warmed it up by using phosphor bronze strings - although it usually ships these days with light gauge phosphor bronze D'Addario EXP16's, we suggest trying medium gauge Martin MTR13's or Elixir Nanowebs for a warmer tone.

With its impressive specs and looks, it's not that hard to understand why the MFA66 secured a spot on our recommended list.

At publication time this was the Equal Highest Rated Acoustic Guitar between $500 and $1000 along with the Alvarez MFA66.

These accolades were achieved by Guild paying exquisite attention to detail on every part of the instrument from its very playable flattened C profile neck to its nicely tensioned 25.5" scale length to add a little sparkle to its warm mahogany tone.

It's a versatile guitar that is used for rhythm, folk, worship, blues, rock, fingerstyle and it's employed on stage as well as in the studio.

Users love the tone and playing feel of the Guild OM-120, so much so that some compare it favorably over the much more expensive mahogany Martin 000-15M. The OM-120's all solid mahogany construction gives it a very warm sound that seriously impresses the vast majority of guitarists who play it. Tony Polecastro from Acoustic Life TV said it has "wonderful warmth and great punch but also kind of this very seasoned woody kind of bass sound", you can see his full review in the video below.

It's quite difficult trying to find anyone that has any serious complaints about this guitar.

This is a great 'all round' guitar that you can use for most musical and playing styles.

A softshell case is included, for a hard case get the Yamaha AG3
(link to Amazon.com)

The FS3 harkens back to 1960's era folk guitars and its woods are 'pre-aged' with Yamaha's Acoustic Resonance Enhancement (A.R.E.) treatment so it already sounds 'opened up' straight out of the box.

Yamaha's FG/FS Red Label range has been getting rave reviews from regular users as well as professional reviewers like Dylan Mitrovich from Mixdown Mag. This is the smallest guitar in the range which is getting ratings as good or better than the larger models.

Yamaha kept the price down by having the FS3 made in China instead of Japan where the more expensive models are made, however many guitarists buying this know it's from China (some say so in reviews) and are still very impressed with the guitar.

Some owners have said that it is loud for a concert sized guitar - thanks to its updated scalloped bracing (compared to the original Nippon Gakki Red Label guitars it's based on) which was designed precisely for this purpose. Most reviewers say it plays very well and sounds great, or words to that effect, with one going as far as to say that it sounds better than the 3 Taylor 114 series guitars he owns - a sentiment echoed by others like one experienced guitarist who said it sounds as good as guitars that cost 4 times as much.

Although it is louder than expected, it doesn't have the projection of larger guitars. This is why some recommend to get pickups for it.

Whether you're a strummer or a fingerpicker, you'll find this solid wood mid-sized guitar a pleasure to play.

A padded Blueridge gig bag is included, for a hard case get the manufacturer recommended Superior CD-2510
(link to Amazon.com)

Many people suggest the Blueridge BG-40 design is based on the iconic Gibson J-35, and although I thought so too at first, I was a bit confused about that. After all it's not included in Blueridge's Historic Series. So I reached out to Saga Music which is the company behind the brand, and here is what they told me...

"The BG-40 is actually a guitar we designed that pays respect to a specific model made by Gibson, but for National back in the 1950’s. If you look very carefully you will see some differences in the body shape (upper bout curves)…as compared the J-45; which the BG-40 IS often compared to. The National Guitar is a bit obscure, but frankly speaking…and to us, the vintage example we have sounded better and was more unique than a J-45."
"The BG-40 is part of our Contemporary Series because of its collection of features, most notably it has laminate back and sides, and a typical 1 11/16” nut. (As opposed to Historic Craftsman and Prewar Series Dreadnaughts that have the “not-so-contemporary” nut width of 1 3/4”.)"

Obviously, another major difference with the guitar that inspired the BG-40 is the price.

But don't let the price tag fool you into thinking this is just a cheap copy because many owners compare the tone quite favorably to pre-war Gibsons and other high end brands like Martin.

The materials and workmanship are of high quality despite being manufactured in China to reduce costs. Additionally, the back and sides are made from laminate which further reduces cost.

Tone wise it has a strong bass sound but a little less treble than you might expect, although this is influenced by the type and gauge of strings you use. However, it does have the voluminous projection expected from a dreadnought styled guitar and is loud enough to play lead in an acoustic ensemble. There is an example of playing lead, albeit with a backing track, in the video below.

Many owners of this guitar say it's as good or better than more expensive Gibsons and Martins. Several guitarists who own higher-end guitars bought this one for situations where they don't have to worry too much about damaging it such as sitting around a campfire, but grew to enjoy it so much they now play it regularly. It has been praised for its tone when fingerpicking as well as strumming.

You can't please everyone as evidenced by one guitarist who lamented that it didn't sound as good as his Gibson J-50 - last time I looked you could buy 2 new Blueridge BG-40s for the price of 1 second hand 2007 J-50. Some people might find the price a bit high for a guitar with laminate back and sides - if that's you then take a look at the only slightly more expensive Blueridge BR-140.

Whether you're someone who would usually spend much more on a dreadnought and are looking for a camping guitar, or this is near the higher end of your budget, this guitar won't disappoint.

A padded Blueridge gig bag is included, for a hard case get the manufacturer recommended Superior CD-2510
(link to Amazon.com)

Being part of Blueridge's Historic Series, the BR-140 is an all solid wood guitar with solid sitka on the top and solid mahogany for the body.

Owners describe this guitar as being loud and with a rich deep tone while sounding bright and cutting through at the same time - that's a list of tonal qualities you don't often find together.

Many experienced and professional guitarists also say it has 'shimmering' or 'sparkling' highs.

It is put to use live and in the studio for a wide variety of styles including Bluegrass, Country, Folk, Rock and more. It is also played with a variety of techniques including strumming and flatpicking.

This guitar has been reviewed by many experienced and professional guitarists with a common thread that they compare it tonally very favorably to much more expensive Gibson, Martin and Guild models with various D-18s to D-35s coming up many times in those comparisons. In keeping with that theme, Vintage Guitar Magazine gave it 'VG Approved Gear' status back in their December 2003 edition.

Over ten years ago there were a number of reports that described the tuners as 'problematic', however those issues seem to have gone away long ago - just thought it was important to point that out in case you've seen similar old reports on forums yourself. Most owners are more than happy with the guitar straight out of the box, however a small number have had set ups and things like lowering the action done.

This is one of the 'best value for money' pre-war styled dreadnoughts on the market today.

Things to Consider When Buying a Mid-Tier Acoustic Guitar

Most people buying guitars in this price range already have a pretty good understanding of the topics below so we'll keep this relatively short and sweet. If you'd like further information then please refer to our Tips for Acoustic Guitar Buyers.

We undertook an extensive survey of acoustic guitars priced between $500 and $1000 resulting in 20 models being placed on our short-list for closer examination. We then gathered and analyzed relevant information from over 520 guitarist reviews and ratings, including the most recent ones up to September if 2020. All these were then processed via the Gearank Algorithm to produce the rating scores out of 100 you see above. We selected the highest rated options to recommend.

We only included 6-string, steel string acoustic guitars available from retailers in the USA. The types of acoustic guitars not considered for this guide included: Acoustic-Electric, Classical / Nylon String and Travel Guitars.

For more information about our methods see How Gearank Works.

Best Acoustic-Electric Guitars up to $500

As a result of our September 2020 update the following guitar came off the recommended list above, but you can still see our analysis of it:

The Best Beginner Drum Sets for Adults - Under $1000 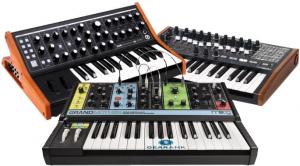 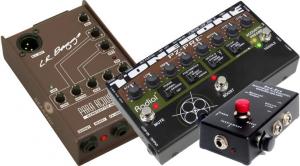